In 2010, I became a volunteer with Heart’s Home whose charism is compassion - modeled after Mary at the foot of the cross. In my orientation, I read something by the founder that said our job was “to be a heart, nothing but a heart.” I wrote it down. It imprinted on my own heart - simply being was not natural for me. Our job wasn’t to build schools, cure the sick, or even evangelize. Our job was to be present to those who were alone. Loneliness is, after all, one of the greatest forms of suffering.

I was sent to a small village called the Fazenda do Natal outside of Salvador da Bahia, Brazil. Some of the children who lived with us in our community attended a school that was run by theCharitable Works Foundation of Sister Dulce, which was started by, now, Saint Dulce Pontes (in portuguese, Irmã Dulce). And when we would accompany friends to the hospital for cancer treatment or to give birth, we would go to the hospitals that were also run by theCharitable Works Foundation of Sister Dulce. Her sweet face was everywhere and she was beloved by all people in Salvador. I attended the beatification in 2011 and it was a great joy when she was canonized last year as the first female Brazilian Saint on October 13, 2019. Today we celebrate her very first feast day!!

This is my favorite story about her from the Vatican News site: "As Sister Dulce’s reputation grew, so did the number of people seeking her help and attention. She started out housing them in abandoned buildings in a rundown area of Bahia, known as “Rat Island”.

After a series of evictions, Sister Dulce’s Superior said she could use the henhouse attached to the convent, on condition she took care of the chickens. She did: by feeding them to her sick patients. That chicken coop was later to become the present-day Santo Antonio Hospital, a 1500-bed health care centre specializing in cancer treatment."

Learn more about her

I saw first hand all of the people that she continues to help through her legacy and organization. Her smile was contagious and her face is one of comfort and joy.

Irmã Dulce Pontes, pray for us! 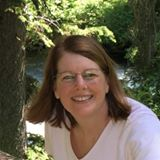 Thank you for telling me about Sister Irma Dulce. Paul’s Aunt is named Irma and she also had a heart. I will remember this.