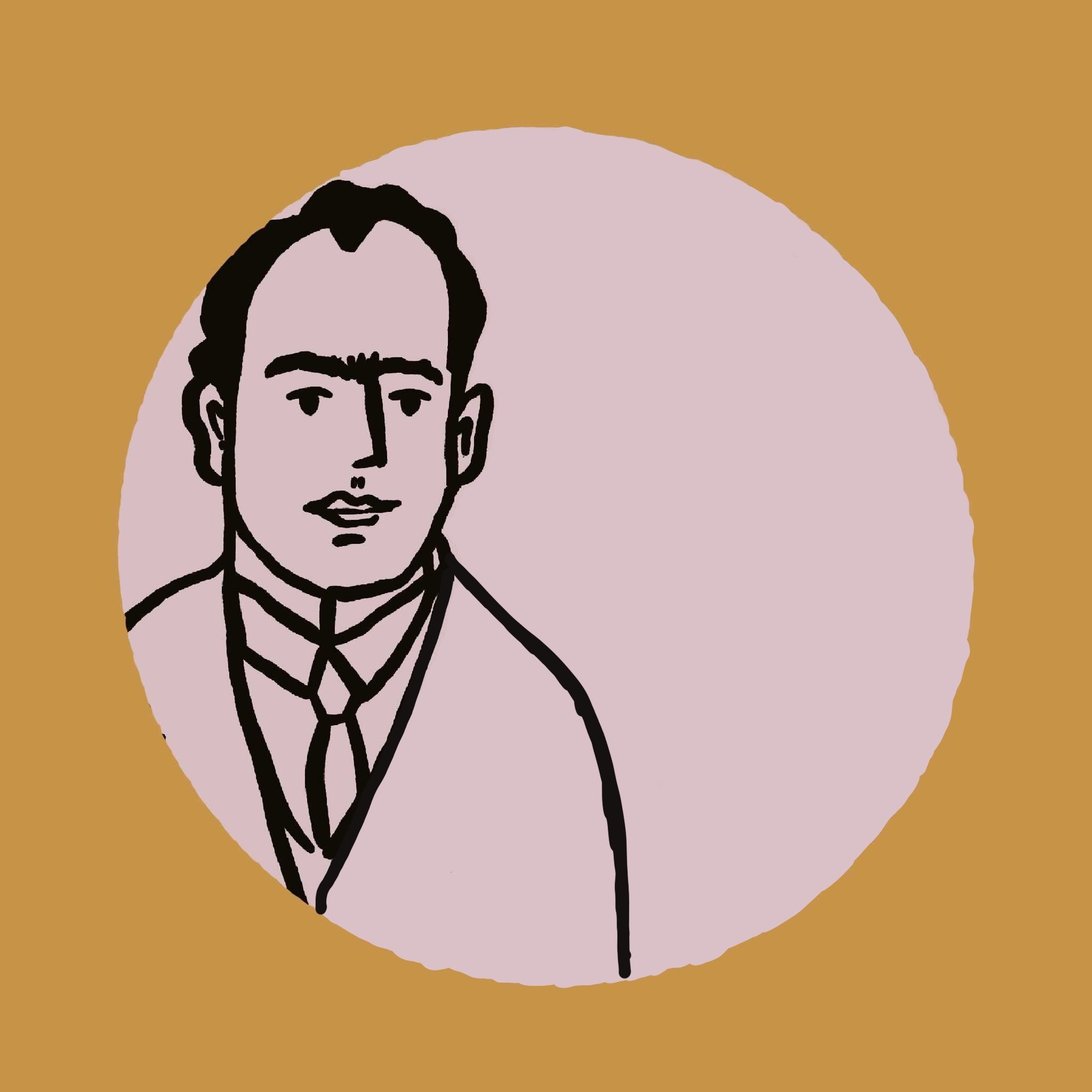 who was blessed franz Jägerstätter?


Franz Jägerstätter was born on May 20, 1907 in a small village in Austria called St Radegund. He was a cradle Catholic and small-town farmer who was lukewarm about his faith (and quite rebellious) until he married the love of his life named Franziska Schwaninger, who was very devout. They were serious #couplegoals and had three daughters: Rosalie, Marie and Aloisia.

He lived a very quiet, happy life with his little family until Nazism began to take over Germany. Though he wasn't officially part of any resistance movement, in 1938 he was the only local citizen to vote against the "Anschluss" (annexation of Austria by Germany). While others conformed and took the past of least resistance, Franz followed his conscience. This small act of rebellion would act as a catalyst of faithful choices of following God that would eventually lead to his martyrdom.

Franz was called up for military service of Austria under Nazi control for the first time and sworn in on 17 June 1940. Luckily, his town mayor intervened for him to return home promptly. When he was called up a second time about 4 months later, he served on active duty for 6 months before being luckily being able to return home again thanks to intervention from his town mayor. As time passed, he became more and more convinced that it was a serious sin to participate in the war and firmly decided that if he was called up for military service again, he would comply to join but would refuse to fight.

In February 1943 (about two years later) Franz was called up again for military service. He presented himself at the induction centre and announced his refusal to fight, offering to carry out non-violent services: this was denied him and he was arrested.

For the five months he was imprisoned until his death, his family and friends tried to convince him to take the oath to serve Hitler unconditionally in order to protect his life. Some even going so far as to remind him that other Catholics were complying with Hitler out of fear of their own lives. To which Franz responded,

“I can only act on my own conscience. I do not judge anyone. I can only judge myself.” He continued, “I have considered my family. I have prayed and put myself and my family in God’s hands. I know that, if I do what I think God wants me to do, he will take care of my family.”

Franz Jägerstätter was beheaded on August 9, 1943 in Brandenburg, Germany.

He was beatified 26 October 2007, in Linz, Austria by Pope Benedict XVI. He is still on the journey to sainthood.

His feast day is May 21. His patronage is over conscientious objectors.

The film called A Hidden Life by Terrence Malick is based on Franz's life. Highly recommend watching.

“Shouldn’t we become even greater saints than the first Christians?”

“If one often thinks about eternity, which one must do here, then nothing is too difficult.”

On being a disciple of Christ

"Love as the outer-wear is the ‘uniform’ of Jesus’ disciples. His disciples are known by their love.”

“I would not exchange my small, dirty cell for a king’s palace if I was required to give up even a small part of my faith. Disciples of Jesus must learn to perceive the suffering of their master as unavoidable and to apprehend the religion of Jesus as the religion of the cross.”

“I have to do what I have to do. I just know I have to do it. My family doesn’t understand, my friends criticize me, but I know it is the Word planted in my heart for me at this time.”

On the path to heaven

“We must go courageously on the way of suffering, whether we begin sooner or later. They may build many beautiful streets today, but they cannot change the way to heaven. This way will always remain rugged and rocky.”

St. Edith Stein and Blessed Franz Jägerstätter were martyred on the SAME DAY one year apart during WWII. 😮 Edith Stein was gassed to death on August 9, 1942 in the Auschwitz concentration camp for being of Jewish descent, though she was a Catholic convert. Franz Jägerstätter was beheaded one year later on August 9, 1943 in Brandenburg, Germany for being an Austrian who refused to take the oath to serve Hitler unconditionally when called back into the military to serve as a Nazi soldier for a third time.

Read more about St. Edith Stein on our blog.

(If you've ever seen the film A Hidden Life directed by Terrence Malick, the film is based on the life of Blessed Franz Jägerstätter!)